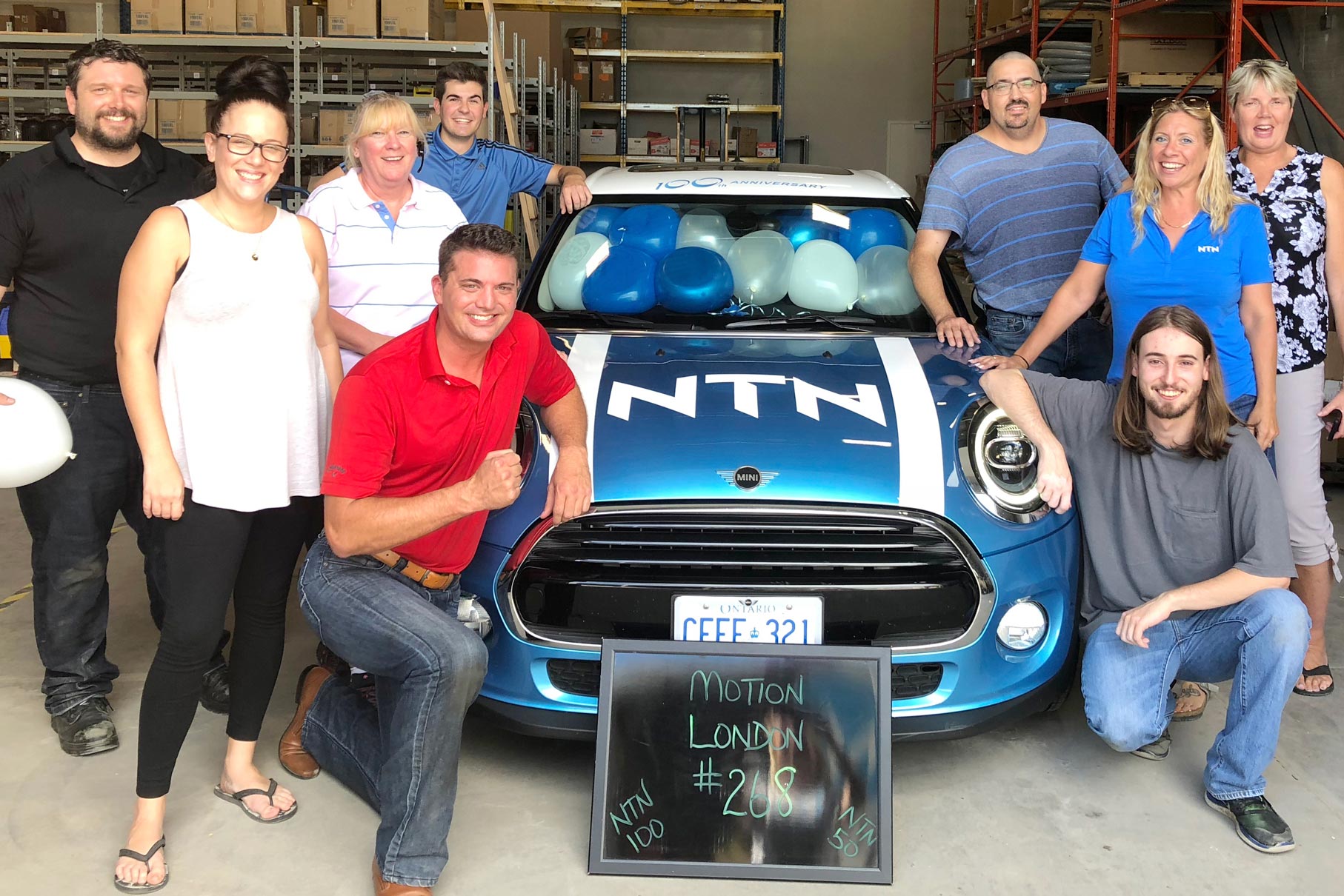 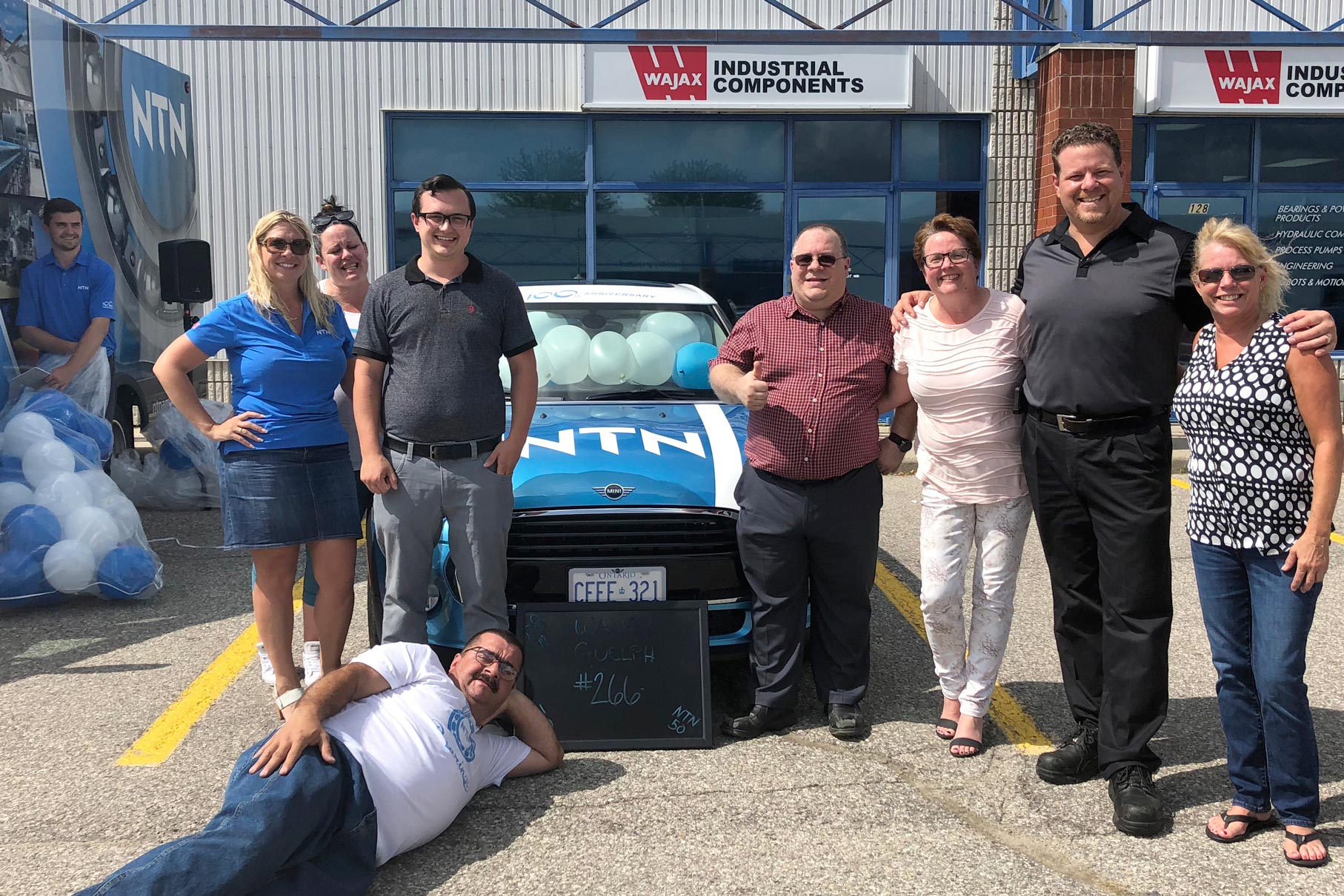 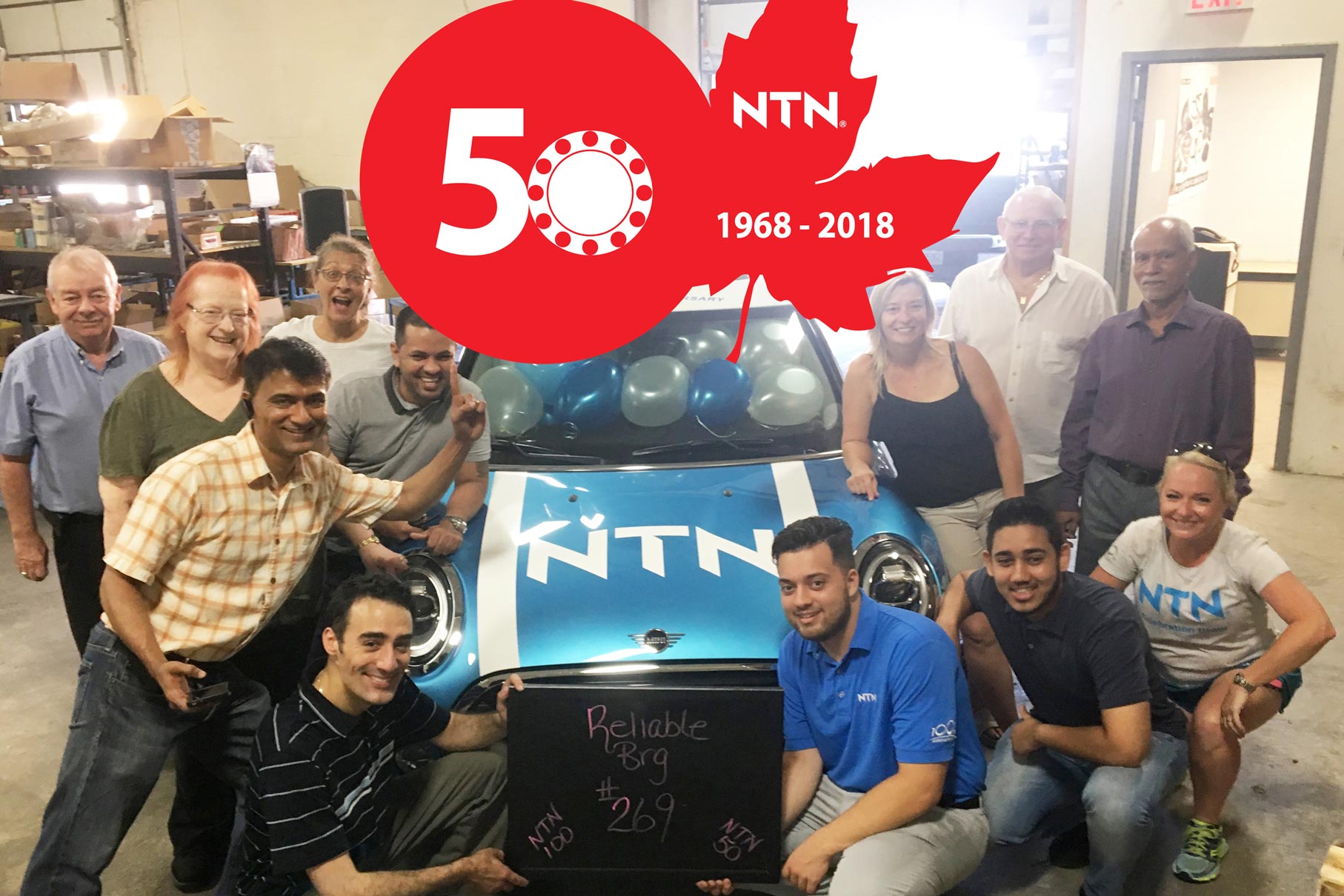 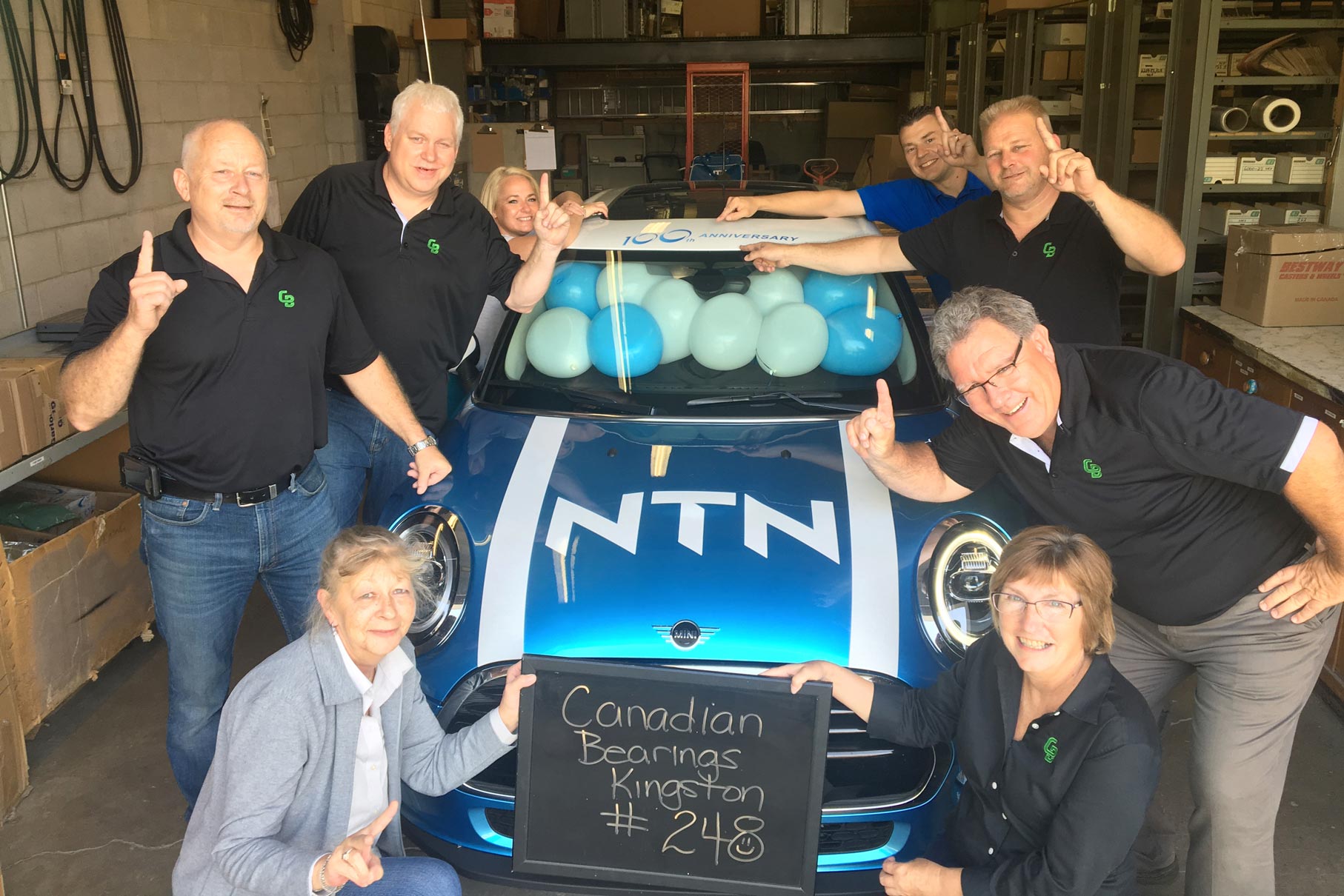 As part of NTN's 50th anniversary celebrations, NTN's customers had the opportunity over the last few months to stuff as many balloons as possible into the NTN B-Day Celebration Mini car without breaking a balloon.

With the help of his colleagues, Vince Rossi helped stuff the NTN Celebration Mini car with 269 balloons at Reliable Bearing's Mississauga office. "The balloon challenge was a real team effort," says Vince. "It was not any one individual that got it done, it was the power of collaboration."

Pia Tebo, Senior Customer Service Representative at Canadian Bearings Kingston and her team were able to fit 248 balloons into the NTN Celebration Mini car. "The NTN team was great to work with - we all had a blast stuffing the balloons into the mini car!" says Pia Tebo. "Everyone was laughing and putting a lot of effort into the contest. And to top it off, we took the balloons home – so they did not go to waste."

The promotion was held to commemorate NTN's 50th year of operations in Canada and the 100th anniversary of its founding as a global brand. NTN's B-Day Celebration Mini visited hundreds of NTN's customers across Canada to celebrate its anniversary milestone.

“I hope our customers know how important they are to us and to our business,” said Paul Meo, CEO and President of NTN Bearing Corporation of Canada. "We can’t thank those enough who attended our events including our industrial and aftermarket distributors and industry partners. These events were important in building strong, long lasting relationships which is what our business was founded on and continues to be part of our core values today."

NTN was established in Canada in 1968 to help support local sales and manufacturing of NTN bearings in the Canadian market. NTN is the world's third largest bearing manufacturer and has over 68 plants globally.