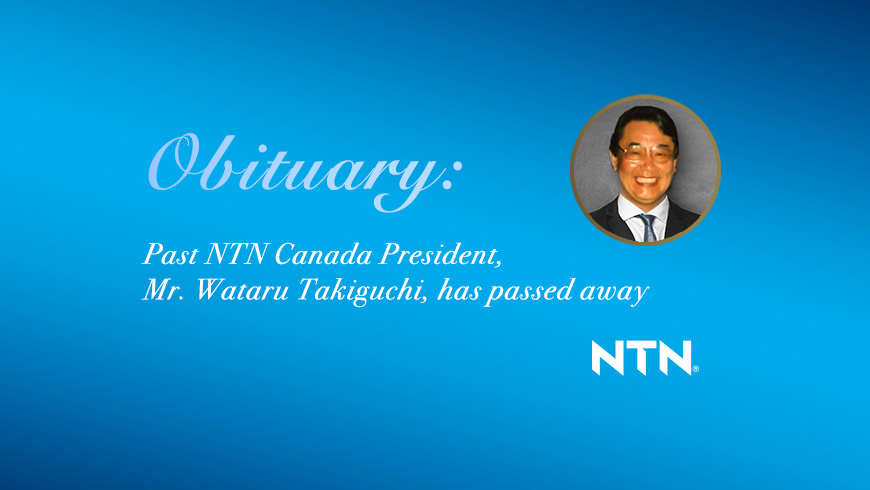 It is with great sadness and heavy hearts that we share that NTN Canada’s Past-President, Mr. Wataru Takiguchi, (affectionately known as Mr. T) passed away on September 30th. He succumbed to liver cancer at the age of 84.

Throughout his 42 years at NTN, Mr. Takiguchi shared his insight and wisdom with those of us who had the privilege to work with him. He was an incredible mentor, friend, and positive influence, and was devoted to the NTN corporate community through his work at both the Canadian subsidiary and throughout the NTN Americas Region.

As a liberal arts graduate, Mr. Takiguchi had been recognized for his skills in strategic planning and thoroughly enjoyed his interactions with industry partners and customers. Most of all he loved his employees. He kept an open-door policy and any time, any day, employees had full access to his attention and wisdom. To put it simply, Mr. Takiguchi's philosophy was "believe in your staff, listen to the voice of the customer, and make customer service your priority."