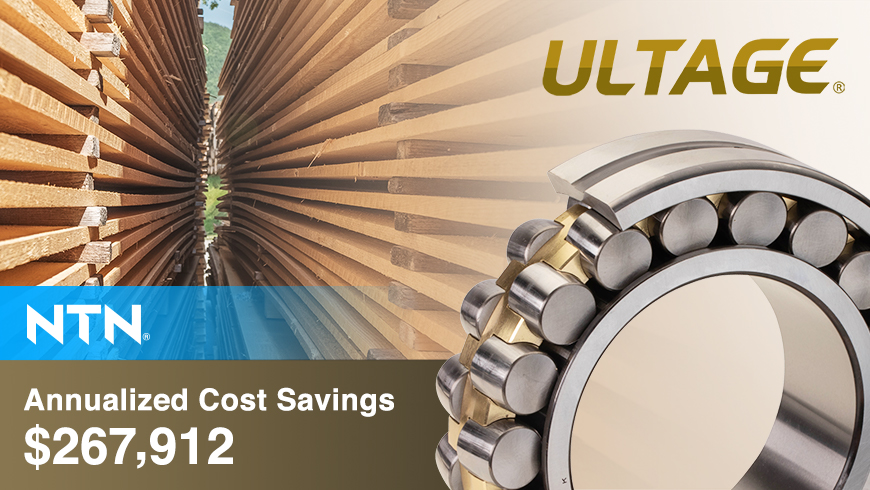 NTN’s engineering and sales support team ran a full diagnosis of the facility’s edger saw and determined that the bearings were only lasting an average of two months due to the high temperatures at which the application ran.

The NTN team recommended that the facility switch to NTN’s ULTAGE® spherical roller bearings. Our ULTAGE® line of spherical roller bearings offer industry-leading load capacity and speed ratings, as well as a design to ensure dimensional stability at temperatures as high as 390°F. Additionally, NTN’s team provided recommendations for proper installation of external seals to keep contamination out, as well as an improved lubrication plan for the bearings to reduce operating temperature.

Since the NTN ULTAGE® spherical roller bearing has been installed, bearing operating temperature has decreased and stabilized, resulting in four times longer bearing life. The annual cost to operate the edger saw before the customer called NTN was over $331,000. Now, with the NTN ULTAGE® spherical roller bearings, operating costs are just $63,480, saving the customer over $267,000 annually. 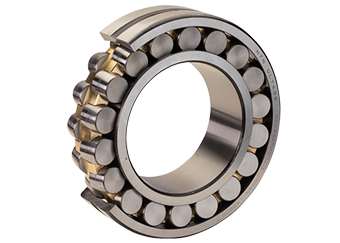 Combining premium-grade materials, optimized design and precision manufacturing, ULTAGE® is the new generation of high-performance bearings from NTN that delivers unmatched service life, the highest limiting speeds and the best load capacities on the market to maximize the productivity of your equipment.

ULTAGE® spherical roller bearings combine cutting-edge product research, premium-grade materials, and an optimized internal and external design to greatly extend bearing life. The result is greater profitability for our customers thanks to improved uptime and productivity.

Here to help you cut through downtime.