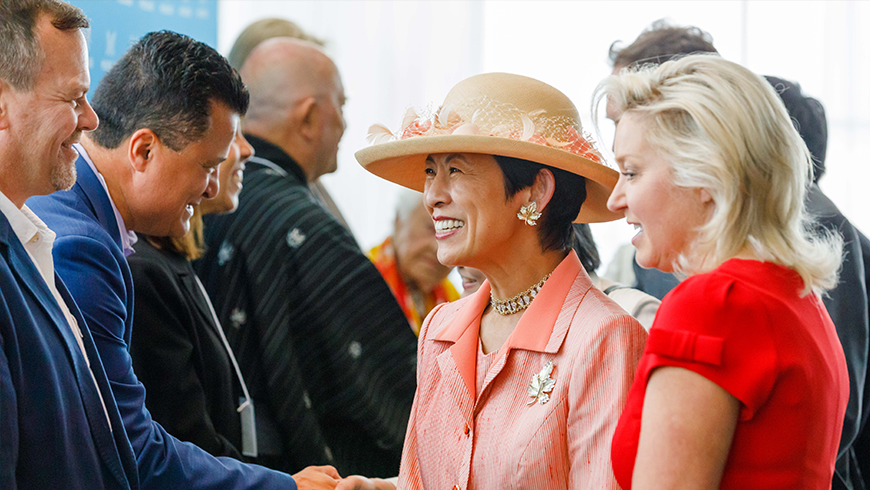 Her Imperial Highness was hosted by Mayor Bonnie Crombie at a gathering of local business and cultural leaders to celebrate the 90th Anniversary of Canada and Japan’s diplomatic relations. Over the years, the City of Mississauga has developed rich cultural and economic ties with Japan and is the home to the highest concentration of Japanese companies in Canada. With the last visit taking place 15 years ago, it marks the first time a member of the Japanese Imperial Family has visited Mississauga.

“Our relationship with Japan is one that Mississauga is very proud of,” says Mayor Bonnie Crombie. “Over the years, we have developed rich cultural and economic ties with Japan. In fact, our only sister-city relationship is with Kariya, Japan — a 38-year old friendship that we value deeply.”

NTN Canada received the honour of being part of a very special luncheon, hosted in honour of Her Imperial Highness Princess Takamado, and participated in the Japan Festival Canada celebration to mark the 90th Anniversary of our diplomatic relations. This occasion was a great honour as it marked a pivotal moment in our city’s history and served as a symbol to our rich cultural and economic ties with Japan.

The luncheon reception was attended by approximately 35 representatives from Japanese businesses headquartered in Mississauga, along with City Councillors and the Honourable Chancellor Hazel McCallion, who served as Mississauga’s Mayor for 36 years until 2014. Her Imperial Highness spent a fruitful time discussing various topics with the guests in attendance.